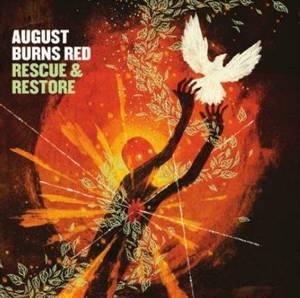 Rescue & Restore marks August Burns Reds fifth proper album, fleshing out an impressive body of work that also includes a live full-length record Home, a collection of B-sides Lost Messengers: The Outtakes, and a 2012 holiday album, August Burns Red Presents: Sleddin' Hill, A Holiday Album, released over the bands lauded decade-long career. Since launching out of Manheim, PA, the industrious outfit has successfully transitioned from shake-up-the-field upstarts to one of the biggest names worldwide in the genre. On stages across the U.S. to Japan, Australia, and South America, from renowned festivals such as UKs Download Festival to the Warped Tour, which they join again in 2013 as a main stage act, August Burns Red have spent years taking their music and message directly to fans, and in the process have grown into one of the leading forces in the modern metal scene, a fact bolstered by their 1.4 million Facebook fans and more than half-million albums sold.
Tracks