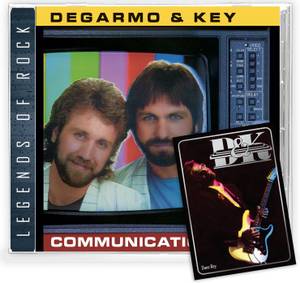 Communication released in 1984 and was an exhilarating experience as they became the first Christian group to have a music video appear on MTV. The video "Six, Six,Six", became the first song to be placed in MTV's regular rotation. The video was pulled due to violent content. MTV had misinterpreted the song "Six, Six, Six" as an anti-Christian statement. Executive Sandra Sparrow was unaware that DeGarmo & Key were a Christian band when she included the video in a list of videos to be banned. MTV allowed them to submit a re-edited version without the Antichrist being set on fire. I'm not sure if it's even possible to not like the song SIX SIX SIX after that experience.