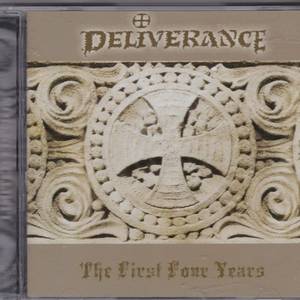 In 2000 Magdalene Records released a Limited Edition pressing of only 1000 copies of this rare material (some of it taken from early cassette only demos that were never released) from the early days of Deliverance, and titled it Back In the Day: The First Four Years. Seven years later label owner Matthew Hunt has heard the cries of fans who found out about it too late, and re-released a second pressing of another Limited Edition 1000 copies on his new label Retroactive Records May, 2007, at a new lower price, with vastly superior artwork, and a shortened title, to make it easy for collectors to tell the two versions apart. Four tracks appear here that appear on no other Deliverance recording.