FIT FOR A KING: The Path LP/Vinyl (Myth) 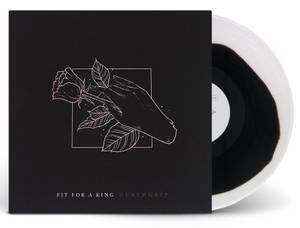 Fit For A King is finally back with a great new metalcore album! Solid as usual, and lyrically inspired by an event in November of 2015, four days before Fit For A King was set to play a show in Paris, a music venue in the city was violently gunned down by terrorists. The attacks bred a frightened and brittled community, one left mourning the lives of 128 concert goers. It was egregious and horrific, and it tore into the refuge that music fosters. To Fit For A King, it pissed them off.

We Are All Lost

FIT FOR A KING: Slave To

Fit For A King hits us again with a new metalcore album!Tracks1. Kill The Pain2. Young & …

WOLVES AT THE GATE: Types &

"Wolves At The Gate is unpredictable. Their hard-hitting rock instrumentation, melodic artistry, …

Their 2nd and last album of brutal metalcore! …

FIT FOR A KING: Dark Skies

New album from FIT FOR A KING! Metalcore supreme!   …

Amazing new metalcore band from the US mixing in chaotic hardcore elements! …

FIT FOR A KING: Dark Skies

New album from FIT FOR A KING! Metalcore supreme!   …