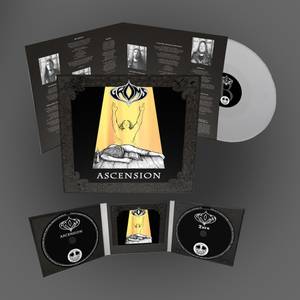 BUNDLE with CD + LIMITED EDITION LP (grey vinyl)
Nordic Mission is VERY proud to present a re-release and re-master of GROMS one and only album "Ascension" to be released November 15th!

Vinyl LP exclusively limited to 330 units, including 100 copies on colored LP and the rest on black LP. It contains a gatefold cover with all lyrics, and a huge 4 page booklet with pictures and linernotes.