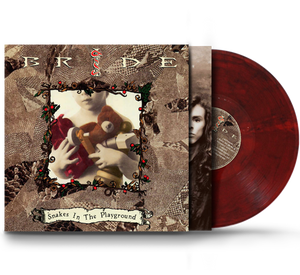 Completely remastered for both CD and Vinyl.  The Colored Vinyl (Red with Black Marble Swirl) will contain a sturdy 2 sided printed insert with band photo and lyrics. It is also the first time this album has been on Vinyl.