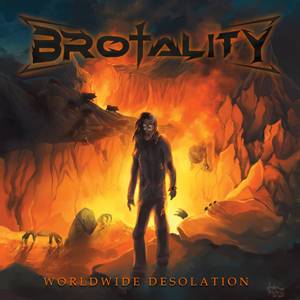 Brotality is a young metal band committed to carrying the metal torch and igniting hope through heavy riffs, powerful lyrics and commanding performances. The power trio is comprised of brothers Bryce Maopolski (17, guitar and vocals), Reece Maopolski (16, bass and vocals) from Narrowsburg, NY and Liam Fenton (14, drums) from Clarks Summit, PA. Brotality was originally formed by the Maopolski brothers in 2016. Upon meeting Liam on a song collaboration in 2018 the chemistry was undeniable and they’ve been writing, performing and recording music together ever since.

New release from this melodic death metal band! 1. Pegasus 2. The Paradox of Existence 3. As …