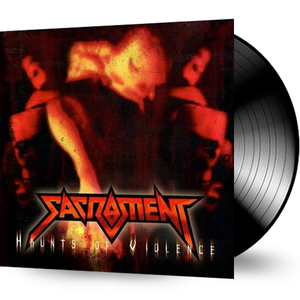 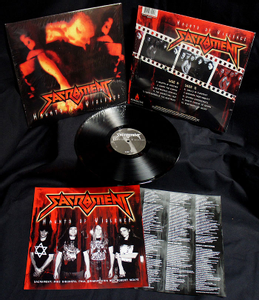 Originally released in 1992 on the legendary R.E.X. label and was being hyped as the heaviest disc they had ever released. And, while Death Metal was starting to dominate the scene, new vocalist Robert Wolfe showed he had the perfect voice for these thrash-titans - cool high pitched shrieky vocals that work so well with classic thrash. HAUNTS... is stinkin' heavy and at times reminiscent of Slayer and Death. Expect loads of gang vocals and some furious guitar playing. In the words of Metal Historian (and the voice of Christian thrashers, Ultimatum) Scott Waters, ?This disc is EXCELLENT!? Kevin Ayers of Haven produced the disc. After the band broke up, bassist Eric Ney went onto play with Sardonyx for a short time. In 1999 he reappeared with Joey Daub (ex-Believer) in a new project called Fountain of Tears. In 2014 Retroactive reissued this mega-classic thrash album as a stunning full color 4-panel digipack, featuring a deluxe audio improvement when remastered by J Powell of Steinhaus. In 2017 Retroactive Records brings those massive improvements to the first ever Limited Edition (300 Units) Vinyl release of Haunts of Violence featuring 100 Red Vinyl and 200 Black Vinyl. Get your copies now!

4. The Wicked Will Rot

5. Supplication Of The Destitute

9. Under Threat Of Death