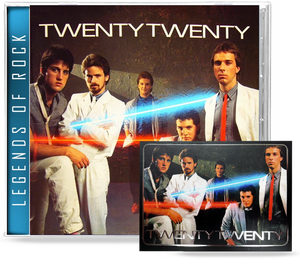 If you don't know Twenty Twenty, you'll want to read this in it's entirety because this band just might be the biggest hidden gem of the 80's rock era. Why? Because Twenty Twenty was a surprisingly flashy band, loaded with sure-fire commercial-based sound and a blend of art-rock anthems similar to that of STYX or KANSAS with a dose of straight ahead rock similar to THE CARS, WHITEHEART or even GIANT.