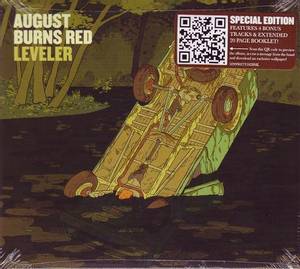 When it came time to record their fourth full-length album, Leveler, ABR could have played it safe, could have simply cashed in on their previous success by making Constellations II. Instead, after eight years and a quarter of a million albums sold, August Burns Red scrapped the old game plan and followed their sound where it led them. The direction, as it turns out, was both forward and backward. On Leveler, the band recaptured the hungry, ferocious heaviness of their earlier albums, and at the same time bravely indulged some of the more creative impulses they had previously stifled.
Special edition in digipack with 20 pages booklet and 4 bonus tracks!
Tracks