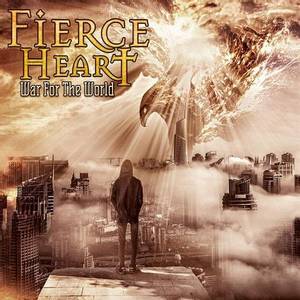 ABOUT THE ALBUM
In 1985, Atlantic Records released the debut album from FIERCE HEART. Fronted by the extraordinary talents of guitar icon Rex Carroll, the band received high praise in the music press - Guitar Player Magazine, Billboard, Kerrang, Metal Forces and Guitar For The Practicing Musician. Then in 1986, Rex Carroll formed the successful group Whitecross and also played in the critically acclaimed band King James while the New singer for Fierce Heart Robert Reynolds headed up the band Grave Danger from L.A. Following the original Atlantic album release AOR BLVD Records contacted Rex for an official, sanctioned re release. This project became a springboard, with a performance that followed at the Melodic Rock Festival. Fierce Heart was the surprise hit of the festival with fans turning out in droves, demanding the permanent reformation of the band and a new album.