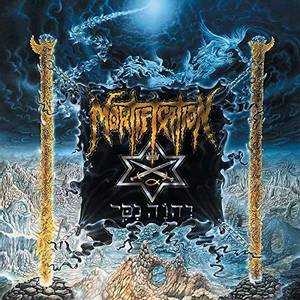 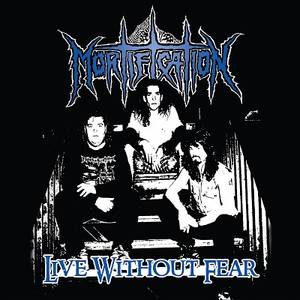 EnVision EvAngelene, their 6th studio recording, was the start of a new era for Mortification, having fulfilled their 5 album contract with Intense Records with 1995’s Primitive Rhythm Machine. This 1996 CD was released in unison between Nuclear Blast and bassist Steve Rowe’s own label, Rowe Productions. Joining Steve are two brand new members – Lincoln Bowen on guitar and the band’s former roadie Keith Bannister on drums. New members meant a new sound – an innovative hybrid of classic metal and thrash inspired by the likes of Iron Maiden and Manowar. This is most evident on the epic 19 minute title track – galloping bass, well executed drums and killer guitar riffs and solos unlike anything heard on previous Mort discs. For added value, we’ve also included 5 bonus tracks – quality live songs recorded during their 1996 US tour.

Live Without Fear was recorded during the band’s 1996 Australian tour, supporting the release of EnVision EvAngeline. This is the sound of a true Mortification concert – live and raw in front of a few hundred eager fans. We’re presented with a great selection of songs from previous albums interspersed with Steve Rowe’s trademark stage banter.

Remastered and with Troy Dunmire’s glorious original artwork and a dual-cover, all-new layout, this 2-disc edition is a must for fans of this pioneering Aussie band and any true metal enthusiast.