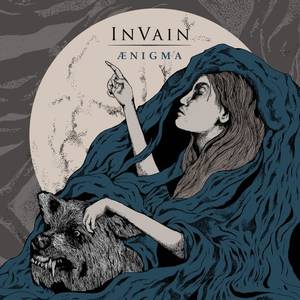 In Vain are back with album number 3 of progressive extreme metal! "Ænigma" is the band's heaviest and most extreme album to date, produced and mixed by legendary Jens Bogren (Opeth, Soilwork, Borknagar etc).
The album contain 8 tracks of interesting In Vain sounding metal and lots of guest musicians are included. Lazare and Cornelius from Solefald had the honor this time.
Main composer and guitarist Johnar Håland said the following about the production: "We had a good impression of Fascination Street Studios and that Jens Bogren was the right man for our crystalclear and powerful production. He did not let us down and took no shortpaths during the job!"
Tracks