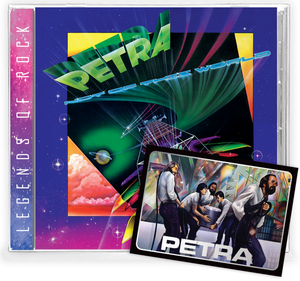 Petra - Not of This World will blow you away, and once again "Death will be swallowed in sweet victory."  Remastered from original sources with an 8-page booklet with lyrics in a jewel case. Also comes with a limited edition trading card.