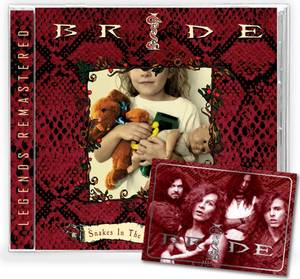 ABOUT THE ALBUM
These are songs that were originally recorded for the Snakes in the Playground album (1992).  The tracks may or may not have been used, or songs might have different lyrics, choruses, etc.  These are not the finished products that ended up on the classic album, but these demo tracks have all the magic and wonder of the finished product.  Now you get these remastered treasures all on one album packaged in a jewel case and an 8-page booklet with liner notes from Troy Thompson (guitarist)!