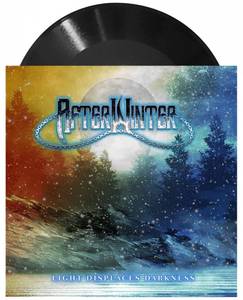 AfterWinter are in full production on their debut album and Roxx Records has already signed them up to deliver their debut release which will be titled “Paramnesia” which is turning in to an Epic masterpiece that will stretch into two full discs of brand new music.

As we prepare for that debut album from AfterWinter we are very excited to offer an extremely limited edition 7” record featuring the bands debut single “Light Displaces Darkness” and on the flip side an exclusive track “Under Fire”. As you may recall “Under Fire” was an exclusive Christmas song released last Christmas exclusively on our Holiday sampler and was a masterpiece of symphonic metal in the vein of Trans Siberian Orchestra.

As a reminder, AfterWinter was formed from the disbanded BioGenesis line up that brought you two killer releases ‘Black Widow’ and ‘A Decadence Divine’. If you loved those two BioGenesis releases as much as we did you are in for a killer treat of pure Christian Metal delight this Fall!

“Paramnesia is coming along very nicely, and sounds more and more awesome each time we work on it! Sam is currently starting Keyboards for the last long track on the second disc, so he is almost done. Majennica still has approximately half the album to record vocals for, and then after some dialogue and sound effects, all that will be left is mixing and mastering! This album is epic beyond anything we have ever done, and we couldn’t be more excited to share it with everyone. It will still be awhile before we can call this behemoth done, but we promise it will be worth the long wait!!”

“We are also very excited to bring you a 7” vinyl featuring our new single “Light Displaces Darkness!”  “Light Displaces Darkness” contains lead vocals from both Jerry Grazioso and Majennica Nealeigh, as well as killer performances from all the members of the band. When Bill approached us about putting the song on vinyl, we didn’t hesitate! This will be the first AfterWinter music available in this format, and Jerry and Majennica’s first time hearing themselves on vinyl! We are very happy that this medium is making a comeback, as most of us grew up in a time when physical media was all there was! Its extremely nostalgic to put a real record on and exciting to hear AfterWinter coming out of the speakers!”

So let’s get to it, we have printed a limited edition 7” consisting of only 200 copies of this ONE TIME pressing from AfterWinter. releasing on July 15th    Pre Orders are Live now and full release details can be found there. Reserve your copy now at the very special pre order price and get yours before this one truly becomes a collectors item!