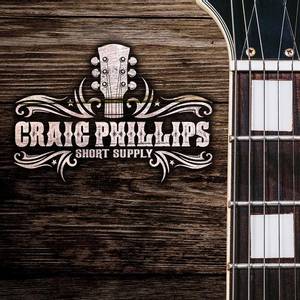 Roxx Records is proud to announce the signing of Craig Phillips and the release of his Southern Rock/Folk album Short Supply.

Craig Phillips began his music career touring the tiny coffee houses of the mid-west, playing bass for indie folk/funk band Puddleglum. After college, he moved on from that band and fronted the Rochester, MN-based Something Orange. During both of these bands, he wrote and recorded solo material that didn't fit the band's style. From this, his unique brand of Southern Rock/Folk was born.

Craig's primary influences of the time were bands like Vigilantes of Love, The Outlaws, and Rolling Thunder Review-era Bob Dylan, heady lyrics with a southern rock and folk foundation. Guitarist Brent Pacheco and drummer Adam Weldy give the songs powerful life with their invaluable contributions of attitude and grit. Even the acoustic-driven moments offer the listener a unique flavor that will remind listeners of the influences while still creating a sound all its own.

The songs on Short Supply invite you to a raucous conversation about the intersection of life and faith. It's the kind of album that can seep into your soul and keep you coming back to engage with the music and words. It's an album about transitions and relationships and the way we're remade by them with a background that's pure rock and roll.