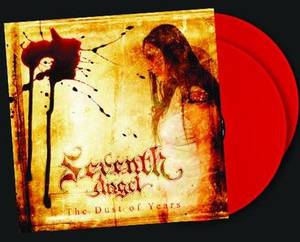 2009 was the year British thrash legends Seventh Angel returned with their first full length album in 18 years. Seventh Angel stormed onto the scene in the late 80’s and blessed the UK thrash circuit with several demos before being signed and bringing the world thrash classic The Torment and the thrash / doom meld of Lament for the Weary. After multiple international tours and great album sales worldwide, the band hung it up at the end of 1992, and each of the members went their separate ways. Frontman and guitarist Ian Arkley has played in a number of bands since, the most well known being Bombworks Records band, My Silent Wake. Joining him are Simon Bibby and Mark Broomhead (Firefly, Detritus) and Tank on drums. Rather than writing a rehash of older material like many bands who reunite tend to do, Seventh Angel boldly tread new ground, delivering an album that still hearkens back to the classic Seventh Angel sound while drawing influences from each of the members current projects to create a brilliant soundscape that mixes thrash, doom, and a little death along with some killer haunting melodies. Ian’s trademark snarls are at the forefront, but they are joined by clean vocals dominated by minor harmonics that give the music an even more somber and dark sound. The guitar lines include crushing riffs, killer melodies, and well-placed solos. The drums range from slow and gloomy to bombastic and in-your-face.

The Dust of Years features 9 tracks of molten hot metallic lava clocking in at approximately an hour, and they are sure to whet any true metal fan’s appetite. Current fans of Seventh Angel will be thrilled, and all fans of bands like Celtic Frost (especially Monotheist era), Believer, Vengeance Rising, Candlemass, My Dying Bride, and thrash, doom, and death metal will delight in this brilliant slab of the most creative metal on the planet! The 2018 Retroactive Records reissue has been digitally remastered by Rob Colwell at Bombworks Sound and with full band approval. The Double Vinyl reissue is Red Vinyl with a full color jacket and insert. This will be one of your greatest METAL treasures! The 2009 CD release is still available as an eight panel digipak!