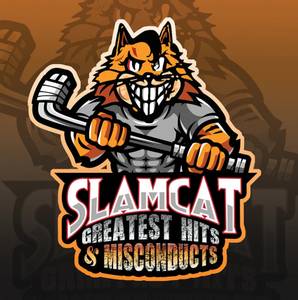 SLAMCAT set to release Greatest Hits & Misconducts on May 13th via Roxx Records and if you are not familiar with SLAMCAT you need to be! This crazy thrash, crossover metal mixed with punk music comes to you all the way from Oklahoma and we are very excited to announce this 30th anniversary retrospective from one of Oklahoma's finest Christian Metal acts that launched way back in 1992... SLAMCAT

Slamcat were only active on the scene for about 4 or 5 years but made a lasting impact on the Christian music scene with their crazy blend of thrash, metal and punk music. This year marks 30 years since these guys started this all, playing stages with many well known acts through the years.

The band had a total of three releases, starting with their first demo tape simply being self titled and containing 4 tracks (Mr. Psycho, You, Stupidest Things and End of "Tree")

The second self released cassette tape only release was titled 'Cat Got Your Tongue' and contained 8 tracks (Cat Got Your Tongue, Why Can't I, From Within, Mr Psycho, Saving Tree, Said, Stupidest Things and No Preps) The track ‘Why Can’t I’ would also be featured on the ‘Heavens Metal Hard Music Compilation Vol 1’.

Their third and final release is also their most well known release originally released by Cross-Check Records with critical acclaim and was titled 'El Gato De La Slam'. El Gato De La Slam contained nine tracks and would be the last official release from this stellar indie Christian Metal act. El Gato contained these nine tracks (Back to you, Commitment, Before God, S.S.C., Mercy and Grace, Red River (One Bad Pig Cover), Nothing, Drop the Puck and a Secret/Hidden Track) The track ‘Nothing’ would also be featured on the compilation ‘Massive Frequency Overload’

This limited edition package will be a one time pressing of only 300 copies, housed in a jewel case with a full color 12 page booklet containing all the lyrics and excellent new liner notes from the band. This beautiful limited edition package has been completely remastered by Rob Colwell of ‘Bombworks Sound’ and all new artwork, layout and design by Scott Waters of ‘NoLifeTilMetal Graphics’.

14. From Within (from Cat Got Your Tongue)

16. Saving Tree (from Cat Got Your Tongue)

18. Stupidest Things (from Cat Got Your Tongue)