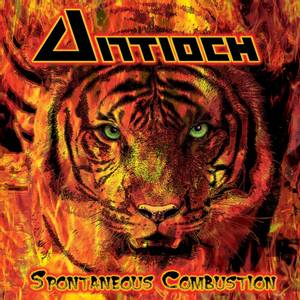 Roxx Records is at it yet again, this time we unearthed another Gem from days gone by, and have been able to connect the band and bring some amazing music back to life.

This time the music comes from the state of Washington, this band was formed in the town of North Bend, Washington, which is 30 miles east of Seattle. This band was first contrived way back in February 1984 and consisted of a pair of best friends, by way of  Roger Cleven (guitar) and Monty Wright (keyboards). They had previously played in bands and each decided, on their own, to approach the other about starting a band which would share and spread God’s word.

Looking through a Bible dictionary brought up many possibilities for the new, unnamed band. After choosing a list of 10 possibilities, they decided on ANTIOCH. They liked the fact it was the location where believers were first called Christians.

Next was the search for other band members. Friend and former bandmate, Russ Wentz, was invited to play drums. Not having any success in finding a bass player, a young friend, Brian Anderson, showed interest in learning. He turned out to be a natural and picked up the instrument rather quickly. Shortly after, Russ decided to leave the band. Enter Tony. He was a high school friend and a very skilled drummer in his own right.

During a Dance of Joy event, a place for Christian teens and young adults to meet and socialize in Bellevue, Washington, Roger and Monty started a conversation with the guy running the lights for the evening. His name was Paul Racey. It turned out he could sing and play guitar. He came to the next band rehearsal to audition and was immediately invited to join after proving his very impressive guitar skill.

Unfortunately, due to circumstances beyond his control, Brian had to leave the band. The guys decided to ask a friend, Jim Freeman, if he would be willing to put the guitar down and play bass for the band. He accepted.

Unexpected and surprisingly in early 1986, Monty decided to leave the band to pursue other interests.

Up until that time, Antioch had been more of a pop rock band, but when Monty left, the band decided to take on a harder edged sound without keyboards.

Towards the summer of 1987, Antioch was invited back for a second time to appear on Northwest Saturday Night on radio station, KCMS with host, Lynette Morgan. On the first visit, their demo of four songs was featured. For the second visit it was decided to record an album that could be featured on air. This interview is included as a bonus track on this reissue. The album was named Spontaneous Combustion and was only available on cassette. Several tracks were featured on Eternal Rock Countdown throughout the year, which included another interview, but this time with host, Keith Black. This demo tape was also sold at concerts, Christian book stores and through mail order all over the world, and has been long sold out and not in print since.

A couple videos were made for “Didn’t Anybody Say…” and “Let it Flow”. They were shown at the Dance of Joy and on a local Christian music station called The Rock, with an in studio interview.

In 1988 the band was left without a bass player when Jim decided to leave. During that time a couple different guys would sit in with the band for concerts. A couple highlight shows included opening for the Darrell Mansfield Band.

In 1989 Paul decided he wanted to pursue other musical interests and Roger decided to go back to school to finish his college degree. However, after a few months a promoter contacted Roger inquiring of the band. It was decided to accept the offer and have an official last performance. This was in Spokane, Washington at a club for young adults. First bassist, Brian, agreed to play the bands final performance, or was it?

Once again, in 1991 a different promoter asked if the band would play a festival in Silverdale on Bainbridge Island. Again, the guys agreed, but this time Jim came back for bass duty.

Finally, one last time in 1995, after being contacted by the band’s attorney regarding trademark protection of the band name, Roger, Paul, Brian and Russ performed a couple songs at a local church.

There has been talk over several years about a reunion. In 2007; Roger, Paul, Jim, Tony and their families met up for a potluck to reminisce with photos, posters, recording, stage outfits and food. It will probably happen again one of these days, but until then the band is very excited to work with Roxx Records and release a proper anthology style release of their recorded music.

Roxx Records is very excited to produce a limited edition CD only version from ANTIOCH entitled “Spontaneous Combustion” just like that original 4 track demo from years ago.

Spontaneous Combustion, has been completely remastered by Rob Colwell of Bombworks Sound, and features a reworked album cover design and all new layout from Scott Waters of NoLifeTilMetal Graphics. This beautifully done CD has an 8 page booklet with all the bands lyrics and a plethora of band photos, flyers and memorabilia, as shared with us by the band.

3. Think Before You Act

4. Middle Of The Night

GOLGATHA to release special CD of 'Prisoner' EP Limited to 300 copies! Sometimes when …

TELESTAI: It Is Finished CD