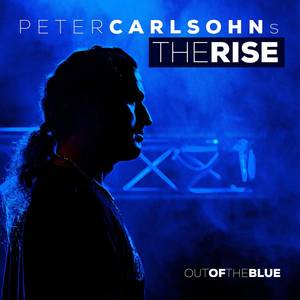 Peter Carlsohn began his musical career in the 70s, and has performed with artists in all types of genres since then.

He joined the legendary Christian rock band Jerusalem in 1980, and has both recorded several albums with the band, and toured all over the world during a period of 40 years.

Peter Carlsohn’s The Rise – “Out Of The Blue” is Peter’s solo album, but also some kind of sequel of The Rise’s “Bluezone”, even though the band members and the sound may changed a bit. The album is released in August 2020 on Jonatan Samuelsson‘s (Narnia) label JONO and distributed by Sound Pollution.

On this album Peter plays bass-guitar and sings lead vocals on all the songs. He has also written, arranged and produced all songs.

Peter’s long time rock’n’roll-brother Michael Ulvsgärd (Jerusalem) plays the drums. This duo has played together since 1981 in Jerusalem, and in other bands.

ABOUT THE ALBUM In 1983 Jerusalem released their fourth album, Can’t Stop Us Now. With an …