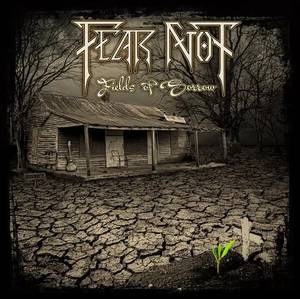 2022 is set to be the return of what was one of Christian Rock’s greatest acts of the nineties. This band made their public debut actually being known as Love Life, releasing an album titled “Goodbye Lady Jane” on Blonde Vinyl in 1991. As the band began to progress they caught the ears of well established producers John & Dino Elefante and a new journey was about to begin. Working with the famed producers the band would change their name to Fear Not and release their self titled album upon the world via Pakaderm Records. The album would garner great reviews and praise from the media and the band would begin playing shows across the US. Unfortunately as it happens all too often, life got in the way and the band would never actually make it to release a sophomore effort, ultimately disbanding.

Fast forward to 2017 and indie label Roxx Records would search the band out and ultimately start to work on a complete redesign and rerelease of that amazing debut album. In 2017, working in conjunction with the band, that debut album would be beautifully remastered with enhanced artwork and reissued in a limited edition CD format and for the first time ever on limited edition vinyl. As a result of this, those four original members of Fear Not would embark on a brand new journey and rekindle that band relationship and start to work on brand new music for the first time in almost 35 years. Added to the fold would be an additional vocalist working with the band by the name of Eddie Green, a seasoned touring vocalist, who previously fronted the metal band Even The Dogs.

Now as a 5 piece the band would record and release their debut music together as a beautiful new EP titled “For The Wounded Heart”.  Five brand new tunes for the world to enjoy as this band was back and just beginning a new journey of life, music and ministry for a world that much needs it. “For The Wounded Heart” would get many great reviews and accolades which would spark that fire amongst the band and even get them out into the world to play shows again as a 5 piece.

It's been over 3 years since that first EP, the world had pretty much come to a stop as we dealt with a worldwide pandemic. While that worldwide downtime was going on these guys were dealing with so much adversity in their personal lives, illness, death of loved ones, and so much more we didn’t think anything more would come to fruition. However, all along that troublesome pathway it inspired the band, and they continued writing new music, recording new music and slowly building a brand new full length release to share with this world. And now 2022 will finally see the release of the much anticipated new full length album from the legendary FEAR NOT.

FEAR NOT are set to embark on a new musical journey with the release of their sophomore full length album entitled “Fields of Sorrow”. “Fields of Sorrow” takes the listener on a heavy and heartfelt journey with the band as they prepare to release this full length album of all new music with meaning.  Tracks that tackle many of the issues we face and deal with today, with the addition of some heavy and emotional music as your soundtrack, “Fields of Sorrow” will definitely be on repeat play for many of us this year as we continue to navigate life through these troubled times.

Get ready as we prepare to release the brand new album from FEAR NOT!

Today we unveil the brand new cover art and a world premiere lyric video for the second single from the new album. On the heels of the debut single “Struggle” we are very excited to bring you the brand new single which also happens to be the title track of the new album “Fields of Sorrow” we hope you not only enjoy it but request it to be played wherever you listen or stream your music. The new single is on sale now digitally at all your favorite platforms, and has been serviced to radio around the world.

Throughout the month of June FEAR NOT will also be the featured artist on Heavens Metal Streaming Radio where you will be able to hear several new tracks from the forthcoming album.

Also be sure to catch FEAR NOT on one of their scheduled live shows this Summer and most of all get ready to hear some brand spanking new tunes from FEAR NOT!